We lost a very special person in the landscape industry last month. Phil Reiker, founder of JetMulch, passed away peacefully on September 3rd surrounded by family. If you knew Phil, you know he always had a smile on his face and if you spent any time around him, you’d end up with a smile too. His positivity and grace were attributes that I admired and I always looked forward to seeing him at CLCA events. He was a huge supporter of the CLCA and he didn’t hesitate to get involved. Phil embodied the spirit of the landscape industry, always willing to help you out or rescue you on a job that you underbid. He was a true innovator; his big trucks spit out mulch like a fire engine spews water. His company JetMulch continues to thrive in his memory and if you haven’t looked into them before I encourage you to get a bid from them on your next large mulch install. 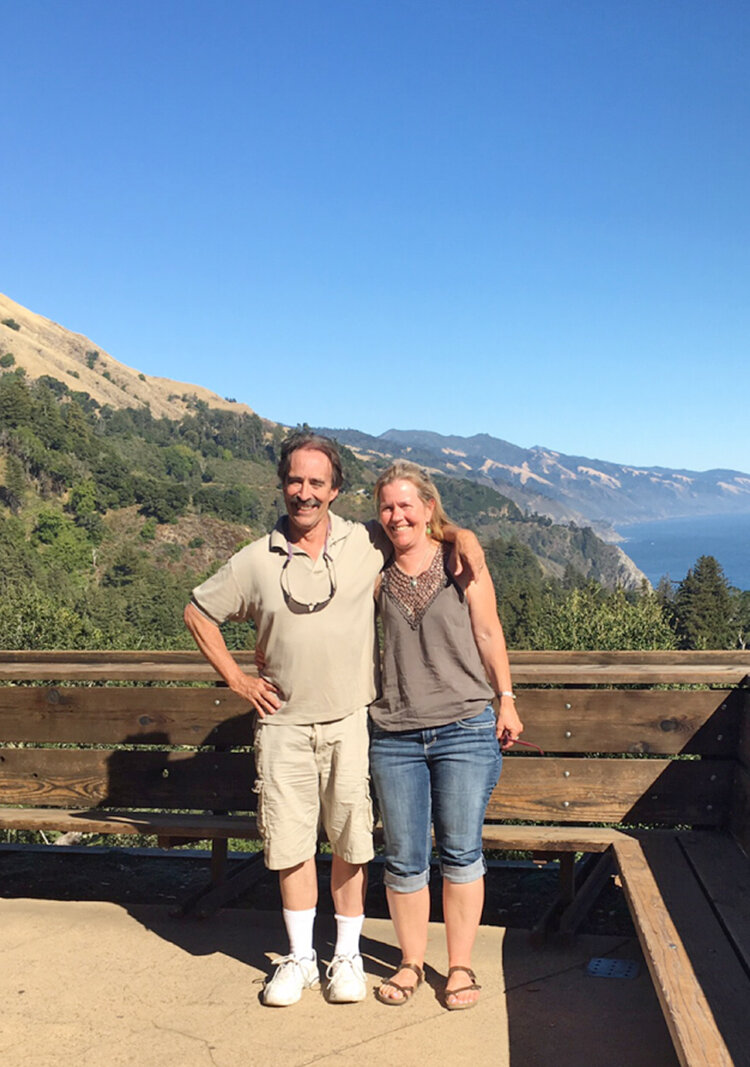 In 1979 Phil recieved both Horticulture and Turf Science degrees from Colorado State University. After working as an intern—at Hines Wholesale Nursery in Southern California and Pacific Tropical Botanical Garden in Kauai—I moved to Santa Cruz, California. I was excited to be in California, particularly on the Central Coast, an environment where unlimited types of plants can thrive. I was 23 years old and—of course—enamored with the beautiful beaches and redwood forests that are the benchmark of our region.

His first local job was as a manager at a newly-formed sod grower in Watsonville, Tru Turf Farms. "It was my first opportunity to be involved in the landscape supply network of Northern California. I managed nearly 100 acres of lawn grasses. I realized then that farming is a lot of work! Three years later I was hired by The Automatic Rain Company— who at the time were the exclusive Rainbird distributors. I was the sales manager for the Central Coast and South Bay Area. It was here that I learned the profession of sales and customer service and met many friends in the industry who I still see today at shows and meetings".

In 1982 Phil also became very involved in the CLCA, in both Central Coast (with old timers like Henry Yamanishi) and in the Bay Area with many of the top world class landscapers.

For the next ten years he was involved extensively in the CLCA. "They became a second family to me, as I was still single at the time". Phil was heavily involved in the Beautification Awards program for Central Coast CLCA and can relate to the great effort involved in putting on a show of that caliber.

In 1986 I became a rep for Greenfields Turf Company, assisting them for ten years, growing sod, and becoming a major grower for Northern California.

In 1987 Phil met his wife Sherry at the Santa Cruz Water Dept. I was working on a drought planning commission to assist the water department. Sherry, was an engineering technician there. We became an item and have been ever since.

At the age of 40 He decided that it was time to try to go my own way and in 1996 started Jetmulch Inc. The concept was unknown at the time but Rexius, a small company in Oregon, had specialized equipment to blow mulch and playfibers out of a truck. The labor-saving concept was just what I had been searching for. So we brought the first blower truck into California. It was a long, slow start and eventually, with my partner Mario Gamboa, we grew the business to eight semi-trucks operating in Northern California. I co- founded another branch with six semi-trucks operating in Southern California.

Due to the extent of the drought our mulch services have been in high demand over the last five years. Mulch has replaced many other water intensive landscape components and is now considered a mainstay of conservation in the landscape.

Many thanks to my landscape friends! These friends and the connections I have made through CLCA have helped me build the confidence to go farther than I have ever dreamed possible.